Impressive: This Robot Can Solve A Rubik’s Cube In Just Over A Second

For everyone that is trying to solve Rubik’s cube faster this could be the cool and motivational video below.
So dear friends the Software engineers Jay Flatland and Paul Rose have built a machine that can solve Rubik’s Cubes ridiculously fast. Their robot takes just over one second to complete the task.
With the use of 4 cameras systematically placed in the vicinity of the Rubik’s cube, the system can learn the state of the cube and based on that, use an algorithm to find the optimal strategy that could be used in solving the cube. 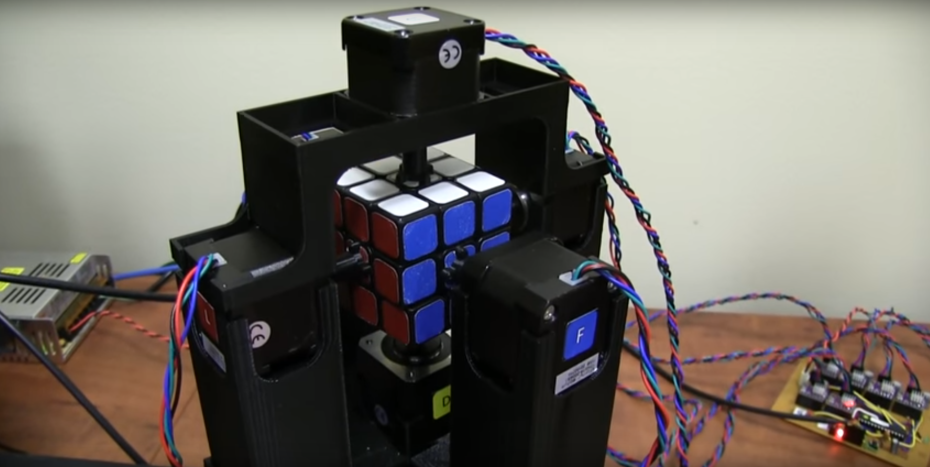 In one test, the system solved the cube in 1.047 seconds. This means that if you should throw an object in the air and at the same time the system starts solving a Rubik’s cube, the Rubik’s cube will have been solved before the object falls back to your hands.
This is so impressive. Watch below and see how this smart robot do this. Enjoy!