Austria is a country rich with history, beautiful places, traditions, and activities that are distinct to the area. Along with neighboring Switzerland, it is the winter sports capital of Europe. However, it is just as popular for summer tourists who visit its historic cities and villages and hike in the magnificent scenery of the Alps. In order to help guide you in building a trip itinerary, below are some of the top tourist attractions in Austria that are sure to make your trip extra special. 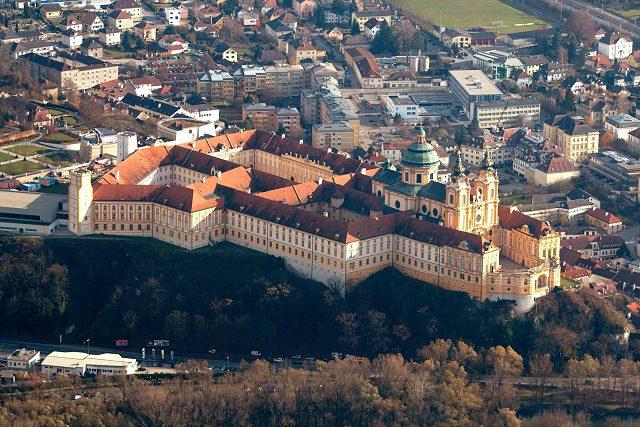 Melk Abbey is one of the most famous monasteries in the world. Situated high up on the cliff, overlooking the calming waters of the Danube river, rests the peaceful Benedictine abbey. Previously the castle of Leopold II, the structure was given to the monks, who transformed it into a place of tranquility and learning in 1089. The impressive spiritual center has become one of the greatest examples of Baroque architecture and the flourishing musical and liberal arts of its time. 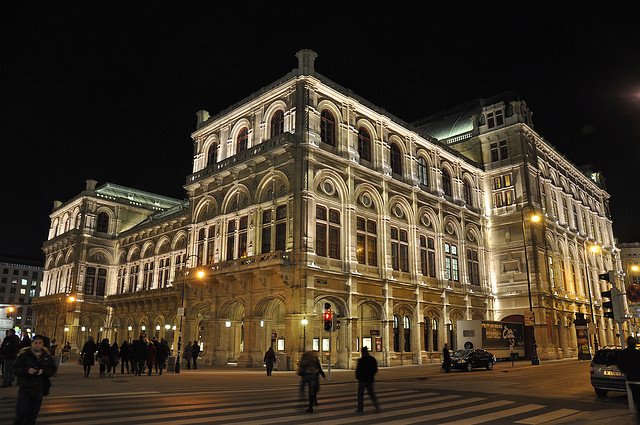 The Vienna State Opera is a stunning architectural structure in the middle of Austria’s capital. and quite possibly the most celebrated opera house of all time. The orchestra is recognized as one of the top orchestras in the world. While there, take in one of history’s most famous operas or ballets, offered in both classical and modern versions for viewers to choose from. 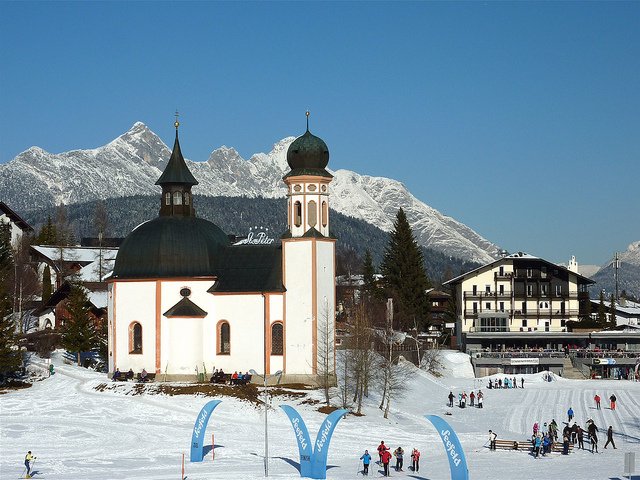 Two time home to the Winter Olympics, Seefeld is an important cross-country skiing center with terrain that is compatible for beginner and intermediate skiers. Located on a spectacular nature reserve, it is the perfect spot, not only for cold-weather sports but for warm-weather strolls and hiking, offering the most luxuriously upscale accommodation. 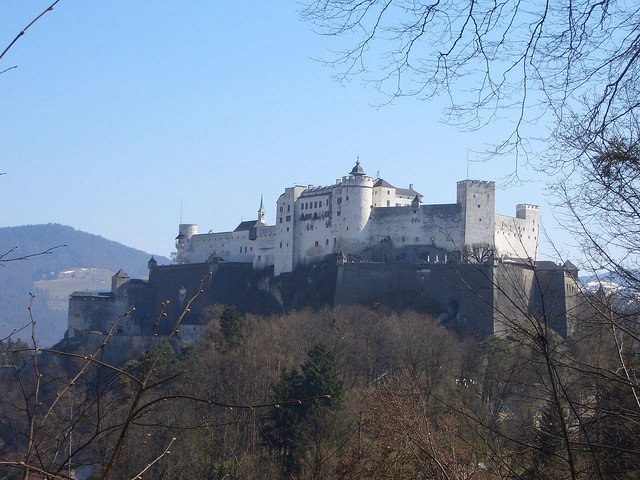 This magnificent Salzburg castle is one of the largest and most well-preserved medieval castles in Europe. Strategically located at the top of Festungsberg mountain, the mighty fortress towers over the city of Salzburg, breathing life into its magnificent skyline. This castle houses the “Salzburg Bull”, an organ with more than two hundred pipes. A truly stunning piece of medieval architecture, representative of the heart of Salzburg, Hohensalzburg Castle is one of the top tourist attractions in Austria. 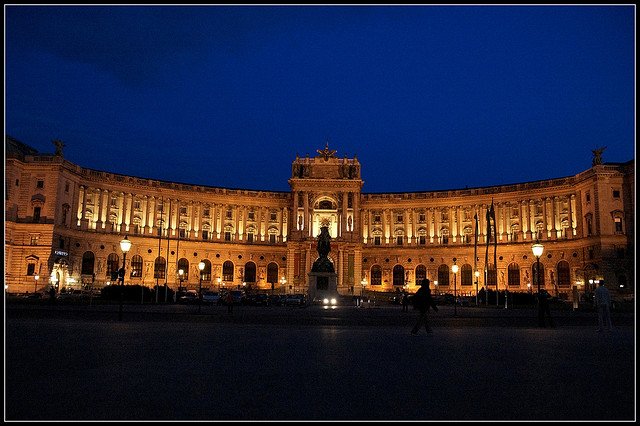 Located in Vienna, the Hofburg Imperial Palace serves as the official residence of the President of Austria. It was the Habsburg’s principal winter residence, while Schönbrunn Palace (also located in Vienna) was their preferred summer residence. From 1438 to 1583 and from 1612 to 1806, it was the seat of the kings and emperors of the Holy Roman Empire, thereafter the seat of the Emperor of Austria until 1918. 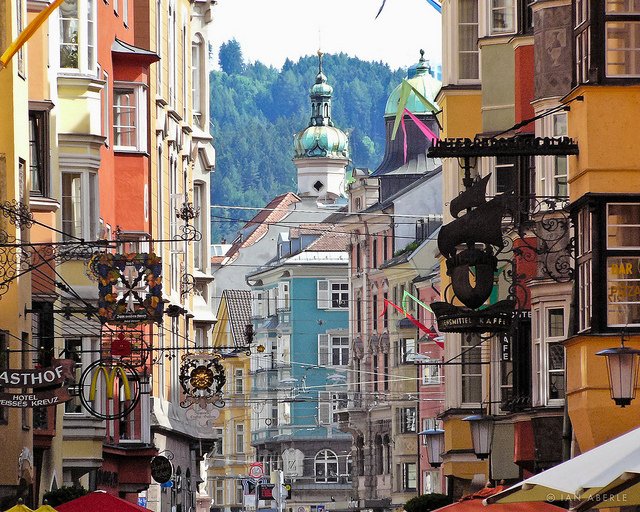 Surrounded by snowcapped mountains, Innsbruck makes you feel quite insignificant in the midst of nature’s striking Alpine mountain range. Said to have a duel personality, the area offers both pristine landscapes and a sophisticated urban center. Altstadt, the medieval town of Innsbruck, draws you in with its unique architecture and many shops. While you are strolling the streets of the Altstadt you can visit one of its famous landmarks, the Golden Roof. This house was constructed for the Holy Roman Emperor, Maximilian I, and it was decorated with thousands of gilded copper tiles that create the appearance of pure gold. 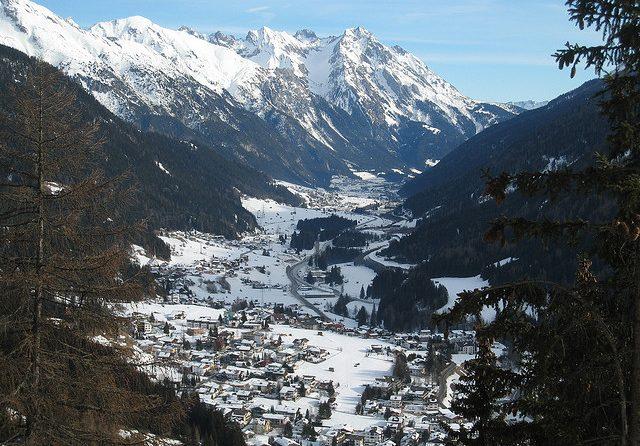 Another famous ski resort area worth visiting in Austria is called St Anton am Arlberg. Located in Tyrol, this village offers serious, legendary ski terrain for those who are seeking a challenge. Often attracting adventurous youths, St Anton is notorious for living up to the saying “work hard, play hard”. The vast landscape welcomes its loyal winter crowd, as well as its summer mountaineers, who come to trek the landscape each year. If you are looking for a good time, St Anton is the place to be. 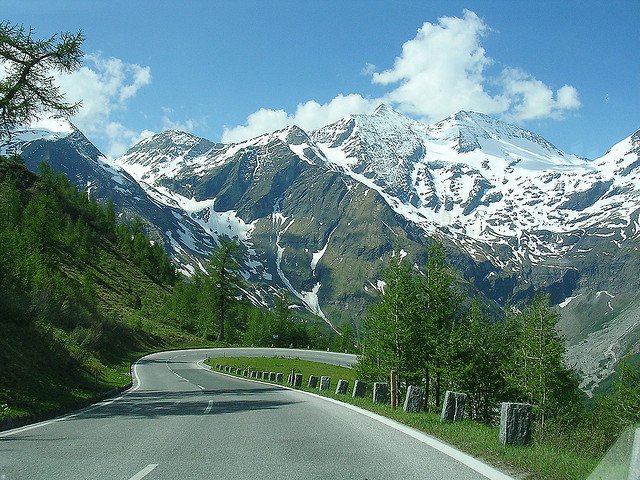 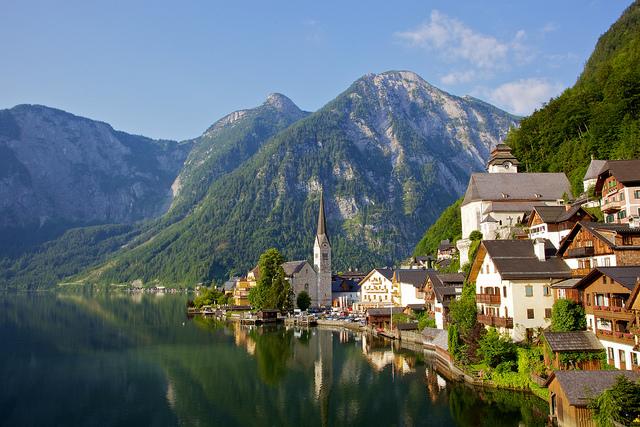 Another great tourist spot is Hallstatt, a small village in the Salzkammergut region, famous for its salt production. As salt has long been a desired commodity used to preserve and provide flavor to food, the village has a long-standing history of wealth and prestige. The wealth accumulated from the salt industry transformed it into a glamorous baroque village. Visit Hörnerwerk cavern’s subterranean salt lake and see the prehistoric man preserved in salt. Truly one of the most unique places in Austria, you must experience Hallstatt. 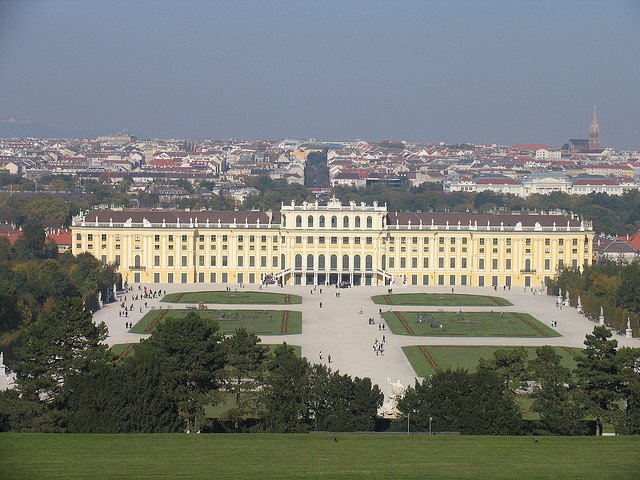 Last on the list is Schönbrunn Palace, one of the major tourist attractions in Austria. Comparable in grandeur to Versailles, this 1,441 room palace was built between 1696 and 1712 at the request of Emperor Leopold I and turned into the imperial summer palace by Maria Theresa. The Palace Park offers a lot of attractions, such as the Privy Garden, the oldest zoo in the world, a maze and labyrinth, and a marble summerhouse situated on top of a 60-meter high hill.