A Guide to Your First Time in Kenya

Whether you’re a city person who wants to get their first spin in a safari 4×4, or you’re an outdoors adventurer who wants to get their first snapshot of rural African wildlife, then Kenya really does have it all. This is not only a great country to visit for its cuisine and capital city that’s bursting with arts and unique experiences, but it also has some of the most striking natural habitats just moments away from a major city. Many people advise taking your time to stay in Nairobi before moving on to safaris elsewhere around the country. 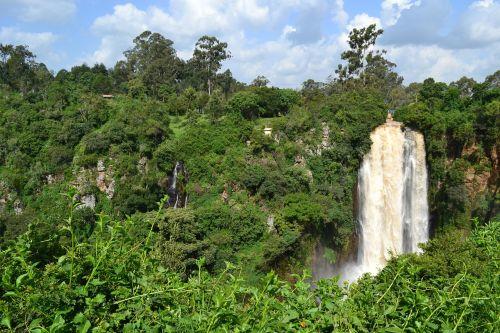 This is a place in Africa where you should take your time to get to know it in its full glory.

Basing yourself in Nairobi in a hotel is one of the best ways to soak up some of Kenya’s culture and history. There’s arts venues, such as the GoDown Arts Centre, which provides a space for local artists and performers to exhibit and display their work. You’ll also find Nairobi’s National and Railway museums, which provide some key insight into both Kenya’s recent and ancient history.

On top of all of this, you’ll also be spoiled for choice when it comes to local restaurants, wherein you can get a taste of Kenyan cuisine

Don’t panic if you’re not an avid hiker. Visiting Kilimanjaro is not just for those who are wanting to explore their way to the summit. This infamous African mountain is also home to some incredible wildlife. At the base you will find parks that are home to native elephant herds. There are many safari packages that will take you on what’s known as a ‘game drive.’ These game drives are what many people look forward to when they’re taken on a wildlife trail in Africa. You will be in an open-topped 4×4, giving you a close perspective of some of Africa’s most stunning wildlife. Plenty of Kenya vacation packages have this on their itinerary.

Kenya is ‘the’ place to go for a safari, just ask anyone where comes to mind first when they think of 4×4 wildlife game drives. As aforementioned, you will find elephant herds around the foot of Kilimanjaro, but that’s not where Kenya’s beautiful wildlife begins and ends. The two national parks Tsavo East and West are the largest areas of protected wildlife in the country. You’ll find most of the wildlife in Tsavo East, but don’t miss out on Tsavo West for its green scenery and bird species.

If this is your first time in Kenya, then be sure to go and see the big hitters first. You won’t want to miss out on your first sight of Kilimanjaro, and time spent in Nairobi is never wasted. When it comes to going on safari, your best bet is to go to national parks that have a wide variety of species within them; you might be disappointed if you only get to see buffalo when you were hoping for an elephant or two.