How to Get Through a Long Flight Without Smoking

It’s that time of year again; the annual family reunion and the five-hour flight to California. You’ve been dreading it for months, but the day has come, and you don’t know how you’re going to make it through five hours without a cigarette. 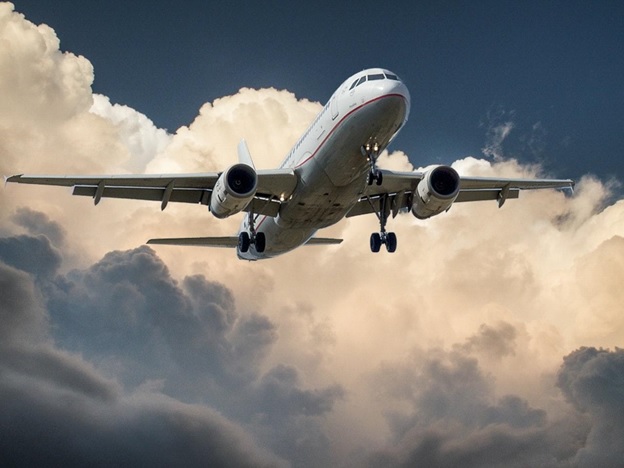 In this guide, we’ll cover some helpful tips for getting through a flight without lighting up. Since almost every commercial airline has banned smoking on the place, you’ll just have to make it through to your destination; or, even better, give up smoking for good to avoid the problem in the future.

Today’s market is home to hundreds of product options, including alternative products to help you get rid of your cigarette habit or simply make it through that five-hour flight without having to light up. Some of these products are discreet, others are tobaccoless, others contain CBD or some other natural compound. The bottom line is that they can help with a long flight by providing you with nicotine or a nicotine alternative to minimize withdrawal symptoms.

Nicotine patches deliver a small amount of nicotine over time via the skin. These patches are both comfortable and effective, helping thousands of people every year manage and even quit their cigarette habit altogether. You can bring nicotine patches on a plane and hide them under your sleeve for greater discretion.

The patch allegedly doubles a smoker’s ability to quit altogether, so that five-hour flight might just be the excuse you need to leave smoking behind permanently. With the patch, you’ll have greater control over your symptoms and won’t break the bank looking for a solution.

Nicotine gum operates in a similar way to nicotine patches. Providing minimal amounts of nicotine over time, nicotine gum can help you make it through the flight and give you something to focus on. You don’t chew nicotine gum the same way you would Juicy Fruit. The nicotine has to be absorbed through blood vessels in your mouth, so you’ll need to chew, rest, and repeat.

When you continuously chew nicotine gum, the nicotine ends up in your stomach instead of your oral blood vessels, causing upset stomach and digestive troubles.

Smokers and chewing tobacco users alike have been searching for a viable tobacco free alternative for decades. Finally, tobaccoless dip made its appearance, and millions of ex-smokers and chewers have made the switch.

Tobaccoless dip is unique in that it looks, feels, and even tastes like the real thing! Even a seasoned tobacco user has trouble differentiating the two. You won’t find all of the unpleasant and dangerous chemicals that inhabit a cigarette in your tobaccoless dip.

Tobacco farming involves a lot of fertilizer and pesticides; hence the presence of so many toxic chemicals. When you smoke a cigarette, you’re igniting and inhaling those chemicals, which cause cancer and extensive damage to lung tissue, cardiac muscle and blood vessels, and more.

Tobaccoless alternatives ensure that you’re not exposed to this deadly concoction, but will still get to experience the feel of tobacco and the buzz that nicotine delivers.

Chantix is a prescription medication that’s used to block nicotine receptors in the brain and upset the brain’s dependence on the compound. Chantix comes in pill form, which you’ll take twice per day for up to 24 weeks. You may still experience withdrawal symptoms, but they’ll be less intense during your five-hour flight. Plus, you might actually ditch your habit altogether after using Chantix.

If you’re not using any tobacco alternatives during your flight, you’ll want to distract yourself as much as possible to keep your brain from focusing on the lack of nicotine. Reading, writing, watching an in-flight movie, or anything else that can keep your mind busy are good distractions. Even sleeping during your flight can help with your symptoms and make the flight go quicker.

Is It Time To Quit?

That’s a lot of trouble you just went through in order to make a single flight bearable as a smoker. It’s times like these when you look closer at the hoops you jump through and ask yourself,  “Is it time to quit?”

There’s no right or wrong time to quit, nor is there a designated timeline for how long it should take you. You can quit whenever you’re ready, at your own pace, and you’ll be better off for it. You won’t have to worry about making flights more comfortable, health complications, endangering others with second-hand smoke, or medical bills. Smoking will catch up to you eventually; it’s time to beat it before it beats you.