The Best Things to Do in Athens

Are you planning a trip to one of the most historical cities in the world and looking for some tips and suggestions on where to go and what to see? If so, you’ll find what you’re looking for in this article. Athens has something to suit travellers renting one of the luxury mansions in Greece to those looking to soak up some of the history and culture. Here are some of the must-do things in Athens. 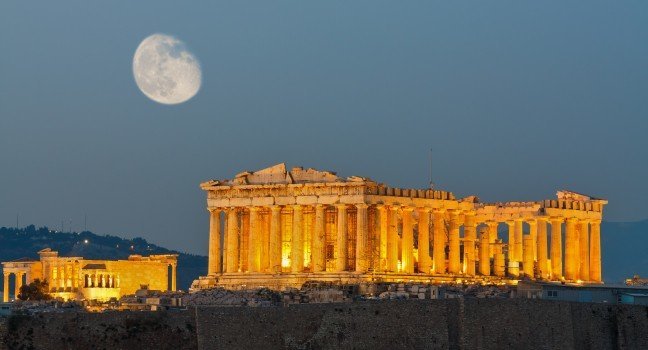 The Acropolis is the most visited archaeological structure in Greece. Built in the 5th-century BCE to provide a sanctuary for Athena, the God of the city, the Acropolis still dominates Athens’s city centre today. The most prominent building inside the complex is the Parthenon, a temple dedicated to Athena and one of the archaeological wonders of the world. A range of other small, modest temples that are more aligned with the ancient Greek’s style of architecture are inside too. Admission is €20 per person, though it’s one of the most critical sites in the country and worth the cost.

Depending on the time of the year you visit, you may need to plan your trip wisely. Millions of visitors go to the Acropolis and, as such, it gets very crowded. Also, consider the midday heat of the summer and relative lack of shade inside. As you walk around Athens, head up the hills surrounding the Acropolis, the very same ones the Ancient’s wandered around all those centuries ago, and you’ll be rewarded with some of the best views.

The Agora of Athens:

If you like the Acropolis and want to visit the place where the idea of building it was conceived, head down to the Agora of Athens. Located on the northwest slopes, the Agora was once a vast marketplace where people from all walks of life came to trade, hang out, and more importantly, share ideas. Ancient Greek scholars and intelligentsia met in the large square and discussed their latest ideas, which resulted in the concept of democracy being born. Today, just a few ruins remain, and the impressive Temple of Hephaestus are inside the Agora.

But, it’s not about taking the perfect photograph or seeing magnificent ruins. As you’re walking around, the ancient Greek’s values that are so famous today was discussed and developed in this very spot. Modern day democracy and the towering Acropolis behind all came from sharing ideas on the same land you’re standing.

The Temple of Olympian Zeus is the largest in Greece. A total of 104 Corinthian columns hold up this massive structure in central Athens. Construction first began in the 6th-century BCE until a lack of funding forced the project to stop. Various leaders attempted to finish the vast temple, but it wasn’t until Hadrian in AD 131 that it was finished. Admission is €6 for adults.

Athens’s National Archaeology Museum is one of the most important museums in the world displaying a comprehensive collection of ancient art. You’ll find everything related to ancient Greece including statues, columns and frescoes on a variety of exhibitions. Visitors typically spend at least a few hours walking around and reading the detailed descriptions on each display. And you’ll see artefacts from all around Greece including Crete, Marathon and exhibits dedicated to Odysseus too.

The museum also holds another remarkable and mysterious item known as the Antikythera Mechanism. Upon first inspect, the bronze item may not seem out of the ordinary. But it keeps a secret and is often said to be the World’s oldest computer. A series of cogs and gears can calculate astronomical positions and predict eclipses among other things. Archaeologists believe the Antikythera Mechanism is at least 2000 years old.

The two and a half thousand-year-old stadium hidden modestly inside a hill near Acropolis holds an essential position in ancient and modern Greece. Built in the 4th-century BCE to host city events and celebrations, the 60,000 capacity stadium played a critical role in ancient Athens. Fast forward to the 20th-century and the Panathenaic Stadium had an important a role in the birth of the Modern Olympics.

And it still has a vital role as a sports stadium and tourist attraction today. The Olympic Flame gets carried from Olympia and placed inside before the start of the games. And the modern-day Athens Marathon, commemorating the journey of a Greek Messenger from the town of Marathon to Athens in 490 BCE, ends inside. Admission is €5.

The best way to see and experience the best of what Athens has to offer is by joining the Free Walking Tour. You need to register a place in advance, and a very knowledgeable guide takes you around the best sites. This is a great way to get an introduction to Athens. You can only really appreciate what you see if you know what the ruins are and why they’re important, without the background, they’re just stones. The tour itself is free/tip based and lasts around three hours.

The Best Things to Do in Athens:

Athens is paradise for anyone who has an appreciation of ancient history. Ruins fill the streets as the mighty Acropolis dominates the skyline. You can walk through the hills and visit the Agora in the footsteps of the ancient scholars and philosophers before you who coined modern democracy as we know it. And if that isn’t interesting enough, head to the Archaeology Museum and see a 2000-year-old computer!