7 Places That Will Make You Fall in Love with Romania 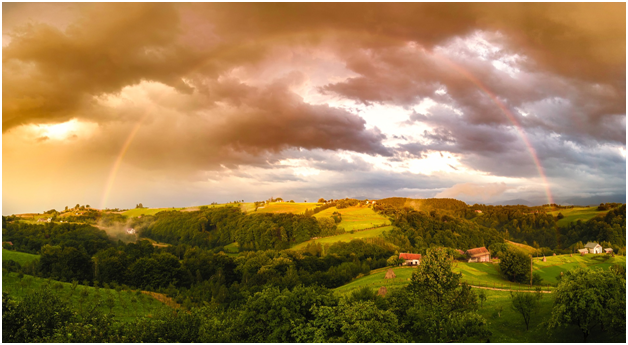 Romania sounds more and more like a holiday destination. Fairytale castles and medieval cities, legends of vampires, churches painted of vivid colors, rocky mountains and smooth hills, traditional towns that seem out of this world and fantastic landscapes to enjoy nature, sports and bird watching. Prepare to fall in love with the story that has so many faces. 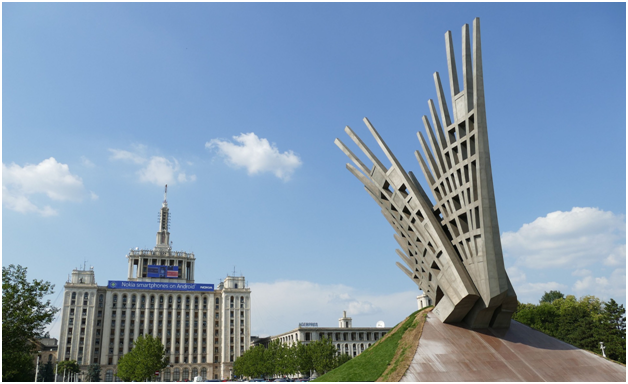 Despite its bad reputation, Bucharest is a dynamic and fun city where the vestiges of communism coexist with the most unbridled capitalism. The city has increasingly become popular among bachelor parties who claim that Bucharest stag do weekends are quite a sensation due to low-cost and top service.

Many travelers only spend one night in the city, on their way to Transylvania or the Carpathians, but it is worth spending a little more time to see their modern cafes, some Orthodox churches, the elegant art nouveau villas and some surprising Communist vestige, such as the Palace of Parliament.

Considered an incredible waste of the dictatorship and, simultaneously, an impressive display of national materials and crafts, most visitors conclude that the country’s parliament is a mixture of both. Regardless of its sinister purposes, the emotions aroused by the old “House of the People,” its size (similar to that of the Taj Mahal) or the Pentagon, is one of the largest buildings in the world and must be seen to be believed.

Bran Castle and the Legend of Dracula

There are few countries where a legend almost completely dominates its tourist image. This is what happens to Romania with Dracula. And the key place of everything is the castle of Bran, with its towers and battlements, dominating a mountain pass of Transylvania, surrounded by forest and fog. An entire industry that thrives on its bad reputation. Its exterior is worthy of a horror movie but the interior is anything but spooky, with white walls and a patio decorated with geraniums.

Legend has it that Vlad the Impaler (who inspired the character of Count Dracula) was imprisoned here and tourists follow in his footsteps through a set of secret patios and passages.

The Castle Dracula was abandoned for centuries until in 1920 was transferred to the Queen consort Mary of Romania and thanks to their efforts to keep the country together; in fact, in the fortress, there is more information about the queen than about the character created by Bram Stoker. There are more and more houses and pensions to sleep in Bran, although most visitors are only going to spend the day from Brasov. From Bran visitors usually complete the visit with a climb to Poiana Brasov, a small ski resort with 20 tracks that presumes to be the setting for the film Cold Mountain (2003).

Art in a Big Way in Bucovina 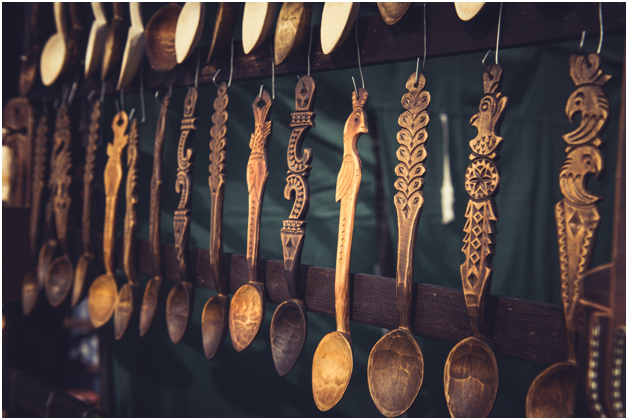 Hidden in the eastern slope of the Carpathians, the painted monasteries of Bucovina, declared world heritage, are an example of the Romanian Orthodox tradition with Roman touches. They are most original in Christianity and their frescoes revive from biblical passages to the siege of Constantinople in the fifteenth century. The monasteries were built mostly by order of Prince Stephen the Great (Stefan cel Mare), who was later canonized.

In total there are half a dozen monasteries, scattered along an extensive strip of Bucovina, characterized mainly by its colorful exterior frescoes, many of which have survived relatively intact to the harsh winters of the region. Many of these churches also have small museums. The main ones are the monasteries of Arbore (in green colors), Humor (in red and brown colors), Voronet (in blue), Moldovita (yellow) and Sucevita (green).

Estuary of the Danube

After traveling 2,800 kilometers through Europe and crossing many countries, the Danube creates huge wetlands in eastern Romania before emptying into the Black Sea. In the town of Tulcea, the river is divided into three main arms, giving rise to an area of ​​4,000 square kilometers of marshes, islets of reeds and sandbars.

Under the environmental protection of the Danube Delta Biosphere Reserve, the region has become a refuge for fish and birds. It is a fantastic place for ornithologists, fishermen and anyone who wants to escape from the madding crowd. You can see species such as European rattlesnake, European osprey, great egret, and even one or two bee-eaters.

The largest port city in the delta is Tulcea, from where numerous boat trips depart from this vast wetland, and whose sleepy port of Sulina is its main attraction. In the mid-nineteenth century was chosen as the headquarters of the European Commission of the Danube, an early multinational initiative born to transform the delta channels into a navigable route. And here came Russians, Greeks, Turks, Iranians, British, French, Germans and all this created a truly international and even luxury … The Second World War ended with the project, but something remains. 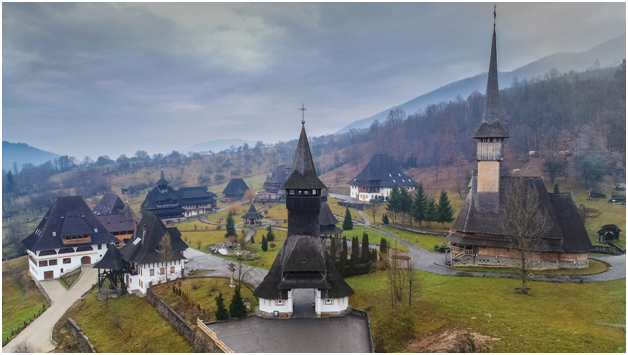 Maramures is for many travelers, the most beautiful region of Romania. It is also the most traditional, dotted with wooden churches and farms with delicately carved doors. One has the feeling of going back 200 years aboard a rudimentary time machine. Among meadows, populated by picturesquely dressed peasants, it’s like immersing yourself in a story by the Grimm brothers. This is the heart of medieval and folkloric Romania, where the last peasant culture of Europe survives.

Like black needles that stand out on the forested slopes of northern Romania, the wooden churches of Maramures are, at the same time, austere and beautiful, with roofs of slats and bell towers of the Gothic style. Its exquisite interiors feature biblical frescoes, some of them from the 14th century.

On Sundays, the locals dress traditionally to attend mass, for example to the rural church of Budesti, also made of wood, one of the prettiest (and largest) of Maramures. One of the most classic visits in the area is to stroll among the colorful and charming painted wooden tombstones of the Sapanta cemetery. Each tells a story with a touch of traditional work of the area.

Cluj-Napoca: In the Footsteps of the Vampire 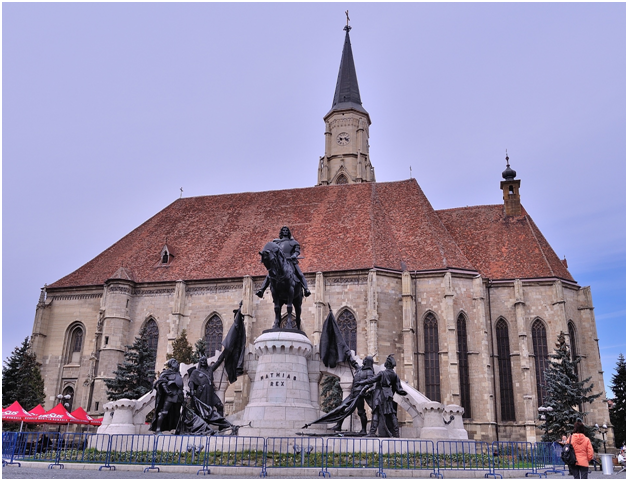 The north of Transylvania is covered by beautiful and raw mountainous landscapes with a brushstroke of Bran Stoker as an extra tourist attraction. These are the basic reasons to travel through northern Transylvania. The heart of the region is Cluj-Napoca, the second largest city in Romania, which now has bohemian cafes, restaurants, music festivals, nightclubs, as well as being the center of contemporary art in the country. Its youthful atmosphere and nightlife must be the result of thousands of its students. Cluj increasingly receives more visitors, related to the increase of flights to more European cities, although normally they fly to Brasov, Sibiu or Sighisoara.

Cluj has beautiful architecture, from the second largest Gothic church in Romania to baroque buildings and medieval towers, and many galleries and gardens. In the old town, we also find picturesque restaurants and historic houses and in the student quarter, there are writers’ centers and wonderful cafes, as well as a beautiful botanical garden and a majestic Hungarian cemetery.

From here, travelers tend to detour to Bistrita, following in the footsteps of the vampire, who often disappoints because with its pastel-colored Renaissance buildings, has few similarities with the Bistritz described in the novel by Bram Stoker. Forty-five kilometers east of Bistrita, the Borgo gorge awaits us, with the Hotel Castel Dracula, perfect for reading the novel once more, especially when night falls and the wind howls in the valley.

Fairy tale Walk in the Carpathians 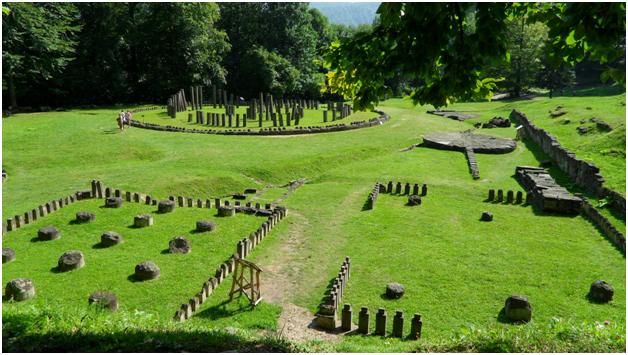 We are faced with dense primary forests that seem to be taken from the tales of the Grimm brothers. Bears, wolves, lynxes, wild boars, and steep mountain plateaus and well-marked trails, with a network of cabins to warm up. These peaks can be accessed both from Transylvania and from Moldova. The Retezat mountains, with some 80 glacial lakes and heights of more than 2,000 meters, are a spectacular area of ​​the southern Carpathians. It is the oldest nature reserve in Romania and acts as a tourist attraction for its fauna and its vertiginous paths.

Hikers may feel overwhelmed by such an offer of trails (516 kilometers in total), most of them for walks of more than five kilometers. The town of Hateg, to the north of the park, is a good hiker base, and is also close to the small bison reserve, some monasteries and small fortresses, and the Sarmizegetusa Regia site, of ancient Dacian vestiges.