A Culture Trip To Istanbul: The Best Places To Visit When In Istanbul

Traveling is the only thing you buy that makes you richer. One of the places that is always on the “to visit  list” of travelers is definitely Istanbul. Istanbul is the only city in the world that is placed on two continents, separating the Europe and Asia with the Bosphorus strait. It has been always one of the most visited places in the world because of its rich history and culture. Its architecture that dates even from the time AD has been a theme of interest of so many visitors from all over the world.Its architecture masterpieces have been counted in the worlds best architecture icons ever. If you haven’t visited this amazing city yet, we are taking you to a culture trip to Istanbul right now. Enjoy.

Aya Sophia (formerly Hagia Sophia) is one of the most remarkable Istanbul’s landmarks. It dates from AD 536, and the area surrounding it was considered to be the center of the world for many year after. Today it is converted into a museum since the 20th century, after being converted into a mosque. 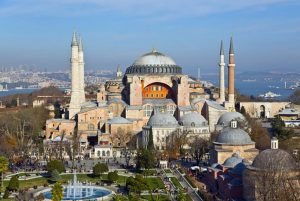 Since it was build in the 15th century by Mehmet the Conqueror, Topkapi Palace have been used as the place from where the sultans of the Ottoman Empire ruled over their dominions up until the 19th century. This amazing building is rich with Islamic art, culture and best represents the life sultans and their family were living in that time.

The ancient Hippodrome which was build since AD 202 to AD 330 was the center of Byzantine public life. There were held the most splendid games and chariot races. Today, there is not much left to see from it, but this landmark is still one of the most visited by visitors that come to Istanbul. 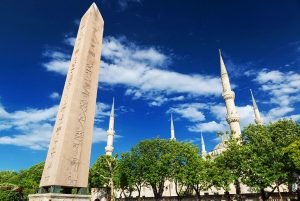 This is definitely one of the most visited places by tourists when they come in Istanbul.  Grand Bazaar is a massive covered market where you can do shopping. It is considered to be the world’s first shopping mall. You can find everything you need there. The entrance in through one of the 11 gates and after you once enter it you will be delighted to see thousand of small shops selling absolutely everything from Turkish souvenirs to clothes, jewelry… 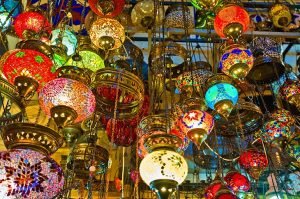 You haven’t been to Istanbul if you don’t try lokum, a Turkish delight. And, in the Spice Bazaar you can find tens of different flavors of it. Also you can find dried fruit, nuts, herbs, and, of course, spices there. It is one of the most visited places in Istanbul, so in the time between 11 am and 4 pm it can be really too crowded. 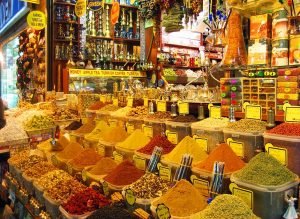 Dolmabahçe Palace, built in 1854 by Sultan Abdülmecid shows the influence that the European decoration and architecture had left on the Ottoman Empire in the 19th century. After it was build it became the center of the sultans as Topkapi Palace was before. This palace is considered to be one of the most beautiful in whole Turkey, decorated with fountains, ornamental basins, blooming flower beds, crystal chandeliers, French style furniture… 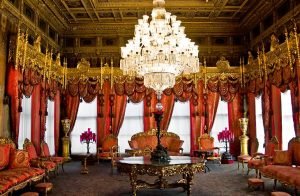 Pedestrianized Istiklal Caddesi (Independence Street) is the biggest shopping street in Istanbul. You can find hundreds of restaurants, cafes and shops. If you are traveling to Istanbul to experience night life, shopping and coffee you must not miss this place. 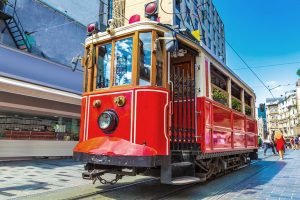 To get this place you have to travel with ferry across the Bosphorus. Üsküdarwas traditionally known as Scutari, and it has been one of the earliest Greek settlements on the Bosphorus. 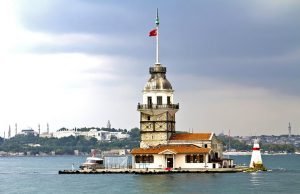 One of the biggest architectural achievements of Ottoman’s Empire is definitely the Blue Mosque. Constructed between 1609 and 1616 under the directions of Sultan Ahmet, Blue Mosque is been the biggest Islamic symbol of Istanbul. It has six minarets as same as the Great Mosque of Mecca.  Its name comes from the thousand of Iznik tiles that the interior of the mosque is decorated with. 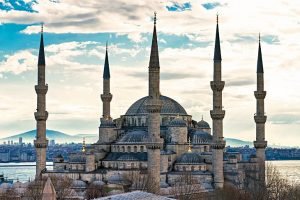