Turbulence is one of those words that adapt wonderfully to a variety of contexts, whether it refers to the period in your life when you’re wrestling with what direction to take, or the sudden disruption during a smooth flight when you’re directed to take your seat and fasten your seat belt. Both situations are often just a hiccup on your way to your final destination. Sure, it’s an inconvenience and potentially uncomfortable. But then, what if the parallels went beyond the terminology and similarities? What if becoming a pilot was a realistic career path you often considered, but didn’t know where to start looking, or if you could even afford it? Flight schools like AeroGuard offer programs that include a pilot pathway that lay out the steps toward realizing your goals of becoming a pilot. 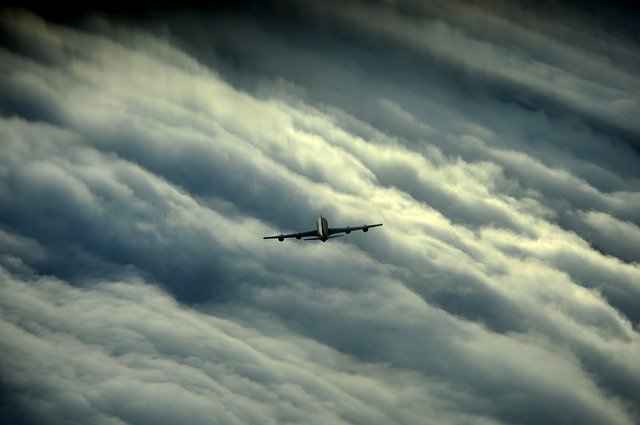 If you think you may be ready to take the plunge, it’s essential to do your homework by researching your options, and continuing to learn what you can about the field. Since turbulence may have been that small spark that inspired you to move forward, it’s fitting to delve further into a flight condition you’ll inevitably encounter.

There are multiple types of air turbulence that aircraft encounter. In extremely rare cases, turbulence is a bad sign, but pilots understand that nearly all turbulence is harmless, other than the distress heaped upon the passengers who are generally forced to remain seated for the duration of the bumpy ride.

A common definition of turbulence is a rapid or violent change in airflow. But then, what exactly are the drivers of the change that’s generating the turbulence? There are both human-made and natural causes. Wake turbulence is caused by other aircraft rather than the weather. The wings of an airplane can create turbulence, so air traffic control is careful to ensure planes aren’t close enough to affect each other.

Naturally occurring turbulence is much more prevalent and varied. Jet streams cause clear air turbulence. Jet streams are powerful air currents occurring at the higher altitudes where planes fly. Thermal turbulence is common when traveling through storm systems. Thunderstorms allow heat to rise, which triggers airflow changes. Also, the topography of the region can influence the wind, which is known as mechanical turbulence. Mountains and buildings can cause irregularities in the airflow, which translate into turbulence.

Can turbulence be avoided?

Pilots can generally detect turbulent-prone areas on their radar. The weather conditions will typically dictate their next best course of action, like flying around a storm or ascending to a higher altitude. Unfortunately, not all turbulence can be detected, so there are times when it’s unavoidable. Although the pilots do what they can to predict where air turbulence may occur, it isn’t a foolproof system.

It’s important to remember that pilots are always confident and in control when flying through these rough patches, and do their best to quickly fly out of the bumpier routes for the sake of everyone on board. The key for the pilots and crew is to remain calm, relaying to the passengers that turbulence, while uncomfortable, isn’t a threat to the plane. Passengers must stay in their seats to prevent being jostled around the plane, which could result in injury. The aircraft itself is built to withstand the onslaught of swirling air.