Has it happened to you to stay confused when someone says to you he is going to the United Kingdom? And, he is probably thinking of Great Britain? Or has it happened to you to say some word and never try to pronounce it no matter that when you pronounce it, it can get a different meaning from the one you were saying? Here are some words that seem to equal to each other, but indeed have different spelling and meaning. Find the ones you usually confuse with each other.

Only one letter differs these two words in vocabulary sense, but there is a big difference in their meaning. Sambo is a Russian martial art, and is an acronym for “SAMozashchita Bez Oruzhiya”, which in English means “self-defense without weapons.” Samba is a modern Brazilian dance. 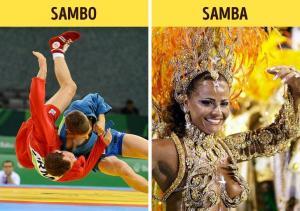 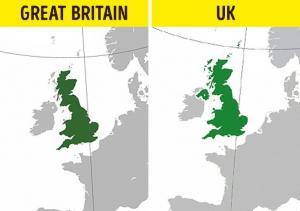 These two sweets are usually being confused with each other. As in the first case, there is only one letter differing them but the meaning is very different, although you would admit they are both same delicious. Macarons are colorful sandwich cookies that will gain you at first glance, while Macaroons are cookies made with shredded coconut and are white to golden shade. 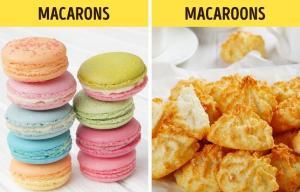 People often confuse venomous with poisonous. When something is venomous, like the snake, it has to inject the venom into someone’s bloodstream, while when something is poisonous, like plant or some chemical, it can be harmful even when touched or eaten or inhaled. 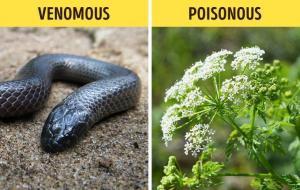 Silicon and silicone are also two thing very often to be confused with each other. Silicon is a chemical element, while Silicone is a polymer that is a chain of silicon atom mixed with other elements such as oxygen, carbon, hydrogen … , an d has its use in cosmetic surgery. 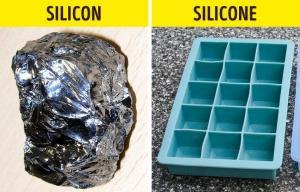 You have probably never seen one of them in life, but if you sometimes make some adventure trip in some cave it is good to know that stalactites are grown downward from the ceiling of the cave, while stalagmites are growing upward from the floor of the cave. 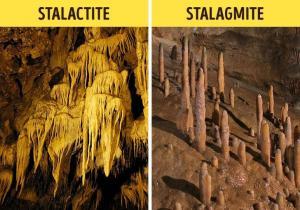 Here are some products that we use to eat very often, but we sometimes confuse with each other. Jam, for example is a fruit preserve made up from the juice and the fruit or vegetable, while jelly is made up just from the juice of the fruit. 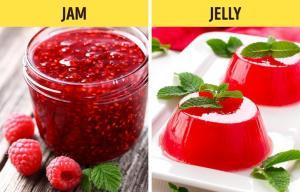