Shanghai is breathtakingly beautiful with its high-rise buildings placed aside rich cultural temples and gardens – this city is a hybrid that attracts tourists. That said, if you want to make a memorable trip to the other side of the globe, book a flight with Cathay Pacific and get ready to visit Shanghai.

However, there are certain things that you need to know before visiting Shanghai. 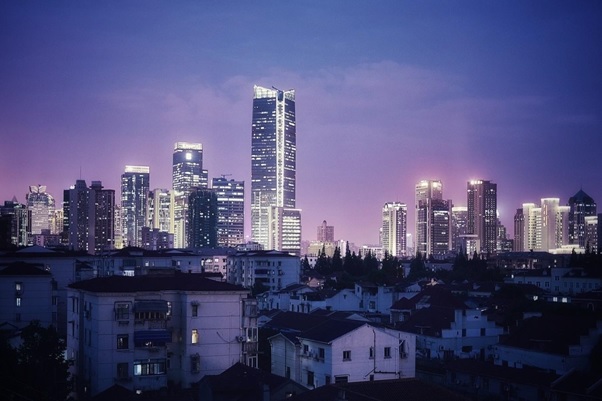 Firstly, let us have a look at the best time to visit Shanghai. As the central city of China, Shanghai doesn’t experience extreme winters, so you can visit Shanghai from November to February to visit a colder yet peaceful city. The months of July and August in Shanghai are hot, and you can expect a rainy season from June to September.

Coming to the question about the best time to visit Shanghai, we would recommend visiting Shanghai in March, May, June, and October. We haven’t included April because this month is particularly busy with the numerous conventions happening in the city. The busier it gets, the more pollution you can expect – not to mention the higher hotel prices that can be a real inconvenience.

How Much Does Shanghai Cost

Now, let us have a look at the general costs in Shanghai – compared to other Asian destinations, China can come off as cheap but not as cheap as the other regions in South Asia. However, you can get accommodations in China for quite good prices.

The dorm beds in Shanghai will typically cost you between 50 RMB to 70 RMB. And the couple rooms can cost you around 200 RMB. If you opt for mid-range hotels, you can expect to pay between 250 RMB to 650 RMB.

Luxury resorts and hotels will cost you more than 650 RMB, which are a great option for those who want to splash the cash and have an amazing tourist experience in Shanghai.

When it comes to public commute, you can expect the air-conditioned buses in Shanghai to cost up to 3 RMB to travel around the city. On the other hand, the Metro is a fast, easy, and cheaper option to get around Shanghai, with the costs ranging somewhere between 3 to 15 RMB.

Street food in Shanghai can cost you up to 30 RMB that comprises traditional and cultural dishes. If you decide to hit up the local restaurants in Shanghai, you can expect the lunch and dinner to cost up to 200 RMB – starting from 100 RMB.

However, if you decide to visit a Western restaurant or an upscale restaurant in Shanghai, you can expect to pay at least 300 RMB for one person.

Saving on Money in Shanghai

If you are visiting Shanghai for more than three weeks to immerse yourself in the cultural experience of China, it might be a good idea to know about how you can potentially save money in the city. As mentioned before, we recommend traveling in the off-peak season to help you save on money, especially if you have booked the Cathay Pacific to visit this amazing city in the winter.

We recommend booking the dorms or budget hotels in advance to land yourself a great deal. While eating out at local markets or restaurants, remind yourself that you don’t have to tip as it is not a cultural or traditional thing that is expected to happen.

Besides, by eating local food and ditching those fancy restaurants, you can save yourself loads of money.

How to Travel to Shanghai

Shanghai has China’s second-largest international airport, with international flights inbound from nearly all parts of the globe. Flights from the USA – the Cathay Pacific work out for nearly 13- hours, while the flights coming in from London (UK) can take up to 11 hours.

Domestic flights connect Shanghai to every major Chinese city, but you ought to know that there are two international airports in China, which is why it is essential to check which airport your departure flight goes from to avoid the potential mistake of heading to an airport and realizing that you are in the wrong place and having to rush to another airport.

Another way you can get to this amazing city of China is by bus, but the unpredictable traffic around China makes this a very challenging and rather unpopular option. One of the most popular ways to travel around China is by using the speed train. That said, Shanghai has three main speed train stations that service most of the major Chinese cities.

So, whilst you are in Shanghai, you might be thinking about the best ways to get around China’s city or other cities. If you don’t want to use a cab, you have other options to choose from as well. As mentioned before, the Metro is an easy and fast way to get around Shanghai.

However, try to avoid traveling on the Metro during rush hours. When you are moving between neighborhoods, you will enjoy walking or cycling. If you love cycling affordable cyclocross bikes, you can benefit from the bike-sharing program in Shanghai.

Best Things to do in China

Before you head off to Shanghai, you ought to know what the best things to do in Shanghai are – this is especially important if this is your first trip to Shanghai. If you visit Shanghai and don’t see their Disneyland, you will be missing out on so much fun. But, you can also head to the Yuyuan Gardens or the Shanghai tower.

You can try some amazing local Chinese food on Nanjing street or go up the oriental pearl tv power to capture some amazing views of Shanghai. Shanghai is one of the few cities in the world that evoke so much imagination; if it is rich and glamorous on one corner, it is rough and edgy at the other corner.

You will love visiting Shanghai as it is one of the fascinating places in China – it is a once-in-a-lifetime experience, and you will make amazing memories in Shanghai.