First things first: congratulations! If you’re expecting your first child, super congratulations! This is an exciting time in which you’ll get to witness the gift of life that not everyone gets to. Growing a baby is an important job and not always an easy one! Relish at this moment.

While you navigate all the beauties of pregnancy, as well as the not so nice aspects of when you’re about to pop, the last thing you should be doing is to stress yourself out. One thing that’s probably been weighing heavy on your mind as the due date approaches is what to name your little one. 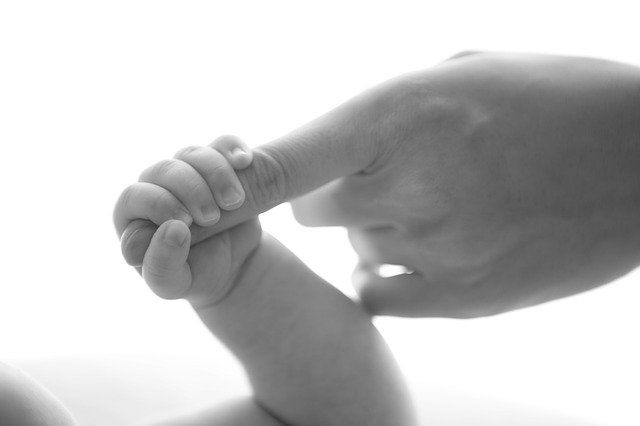 There have probably been recommendations from family members, family names you’ve considered, popular baby names all over the Internet, and names you may have creatively made up. Whatever you choose, know that your baby’s name will be special to you no matter what. Once your baby is born, you’ll know what feels right.

If you’ve been toying with a few different names, are totally unsure about what to choose, or are trying to find something gender-neutral should you be keeping the baby’s sex a secret until the day of the birth, you’ve still got some time to figure out which name you’ll bestow upon your child. Here’s your ultimate baby-naming guide.

If you’re not keen on giving your little one a name that’s particularly masculine or feminine, there are so many names to choose from that don’t really swing either way, so you’re in luck. Here’s a quick list of popular unisex baby names:

While this was once assumed a boy’s name, Addison is now a popular name for both girls and boys, and the name originated in Britain. Addison is also a great middle name should you be looking for a nice middle name as well (though middle names are usually given based on family names).

Ashton was also once assumed a boy’s name, but has now branched into the unisex territory. There are boys and girls running around with the name Ashton nowadays. The name also originated in Britain.

Avery is quite a popular name for both boys and girls. It’s a British name that was used starting in the medieval age, which means there’s a ton of history behind it. This is something you might be looking for when it comes to naming.

Carter is a great name for both boys and girls, and another name that was largely used for boys except in the last couple of decades. It’s a sturdy name, whatever the sex. It’s also a presidential name.

Dakota has been used as a boy and girl’s name for a very long time. Dakota originated in the Native American community and has since been a name that many people recognize from celebrities like Dakota Fanning and Dakota Johnson.

Hunter is a suitable, strong name for a girl or a boy. It was also originally a British name, and is seen as a name more associated with sports and nature. If that’s something you and your partner are interested in as well, then Hunter might be the name for you.

If you want to go against the grain with your baby’s name, then you might want to explore the creative options when it comes to baby naming. If you want to make up your own unique name, ala many celebrities and their ilk, then, by all means, do so. But then, also remember that your baby will have that name for their entire life, and you wouldn’t want to set them up for getting made fun of if you can help it. Still, a creative name will give your baby a path all their own, and it’s always a good conversation starter. If you want to go to the creative route, take a look at these names.

This is a name that has been used before, (most famously pop culture-wise for a character in the teen TV show, Pretty Little Liars), but it makes it no less interesting. In fact, it’s actually a stylish-looking and sounding name that generally rolls off the tongue. If you’re planning on having a little girl, this might be the perfect name.

Another short but sweet name, Nova is a name derived from constellations and can be a great association to the larger universe. If you’re looking for a name that hints that it’s a little bigger than itself, Nova might be the one you’re looking for.

This is another earthy name that could be unisex as well. Although not all creative names have to be only four letters, Wren is a name that hints at its namesake – an unassuming songbird. If you’re hoping for a baby that cries more sweetly than frighteningly, the name Wren might subconsciously help.

Many of us don’t get to choose our names, so being given the power or opportunity to do so is exciting and somewhat overwhelming. If you’d have preferred a more exotic name, the next best thing might be to give your little tyke one.

Adeline is a name with German origins. While the German culture might not seem that exotic, it’s a name you don’t hear so often in the states. Adeline sounds beautiful and is a particularly nice girl’s name that most people won’t struggle to spell or pronounce (though making people work a little harder on those things shouldn’t be frowned upon).

Interestingly enough, one of the most popular or well-known examples of this name is in Andre Aciman’s novel, Call Me by Your Name. One of the main characters, and half-Italian, it makes sense that this name was used. Enzo is originally an Italian name and is a strong and quite cute name for a boy.

Once your baby’s name is picked out, the fun part starts… Shopping (of course). Our favorite place to shop? Try Bitsy Bug for some of the cutest clothes in baby fashion (for the pinks, the blues, and the unisex)!