20 Travel Tips You Need to Know Before Visiting USA

Make sure you have all your traveling documents ready

Before applying for visa, you should check if you are qualified for Visa Waiver Program (VWP) which is that United States allows people from some countries have an opportunity to visit US for 90 days period without visa. If you are eligible for VWP, then apply for Electronic System for Travel Authorization (ESTA).

If you’re not eligible for VWP then apply for a visa and make sure that you have all your documents ready. 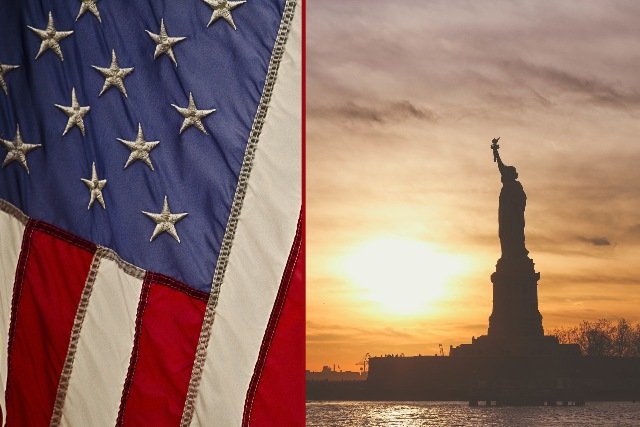 Use a TSA approved lock

Locking your luggage while traveling is a good idea but to avoid losing lock it would be better to use TSA approved lock as Transportation security administration (TSA) might need to check bags physically. Using a TSA approved lock means that they don’t have to break the lock as they have a master key of TSA approved lock.

Keep in mind that there is no such thing as international transit so when you arrive at USA’s airport and are in transit to a next destination make sure you clear customs in that airport.

Try avoiding falling into tourist traps at restaurants, gift shops and street vendors. Most of the tourist inclined businesses sell products at higher prices than normal so it’s better to visit and shop from stores before visiting the tourist sites.

Rather than hailing a taxi which is more frustrating, it is better to order Uber which is a new trend in America. With Uber you can take a ride to or from almost any destination. It is safe and much easier to use

The United States of America is larger than other countries so it is important for foreigner travelers to understand one thing which is don’t try to visit every place and do too much. As many foreigner tourists try to visit many cities in one trip like New York, Washington, DC, Miami, and Los Angeles, which leads to fatigue and physically overload.

Although in Hollywood movies, it seems like that using American slangs is very cool and normal thing to do but in reality it’s not. American take speech and communication style very seriously. They even might feel insulted if certain curse are associated with specific races and ethnic groups. It would be better is you try to use the vocabulary they used regularly.

It might seems to some travelers that Las Vegas trip will be inexpensive as they can survive in relatively small area but this is a misconception as even your hotel room cost significantly more than other rooms.

Punctuality is taken very seriously in United States. Being late for meeting or appointments is considered unprofessional. Keep track of your time and give yourself allowance of time to avoid surprise traffic.

Many foreign travelers might not be aware that United States has a strict policy against smoking in public places. Smoking in malls, bars, clubs and some restaurant is banned in some cities. In California, smoking is even banned at beaches, health care facilities and private residence.

For foreign travelers, it is frustrating and time wasting to search for shops and places where you can purchase grocery at lowest price. An alternative is online shopping, as some grocery stores have an option to place orders on their website so you can order anything online.

Shop from Stalls rather than Shopping malls

It is necessary to understand the purpose of shopping malls which is basically a window shopping rather than purchasing. The best idea for a traveler to ask local people about local stalls and event from where they can purchase the unique thing in half price as a gift for family.

If you are food lover then you should try breakfast at Lou Mitchell’s which is a popular breakfast spot for former US Presidents and actors. It has been serving some of the best omelets, pancakes and French toast since 1923.

You should purchase American souvenirs including elk antlers as well when you travel to southern states as it is one of the few items which is allowed to be taken as part of your carry-on luggage with you.

It is normal and cute to reach out and grabbing a baby in other countries and cultures but in US it’s not. As they are protective of their children’s privacy. Showing affection to stranger’s child is a big no, particularly for men.

Giving tips in USA to the waiters is customary as these tips are the larger percentage of service employees’ salaries. It is considered rude to dine at restaurant and not giving tips.

He who shall not be named

Avoid getting in political debates with the local Americans. It would be better not to make any negative comments about the current president if you are in United States. Listen, observe and respect other’s political opinions.

Get help from travel specialist

The Unites States is full of attractive places to visit. To avoid getting yourself lost in planning, speak to a travel specialist to get traveling ideas.

Hotels are priced per room

Many hotels in United States are priced by the room not per person. A single hotel room costs relatively few dollars more than a single room. Check a hotel room before renting as it would be better to rent one room because you might find two huge beds in your room!

The best option is to reserve a room at hotels online throughout the United States. Make sure you reserve through an authentic tourist site.

Traffic and parking laws are well-enforced and followed in United States. Do check out traffic laws of the states you are planning to visit as some of the traffic rules are different from other countries for example Americans drive on the right side of the road