After This Pandemic, It’s Time to Check Out Brooklyn, NY

“The city seen from the Queensboro Bridge is always the city seen for the first time, in its first wild promise of all the mystery and the beauty in the world.” – F. Scott Fitzgerald, The Great Gatsby

The world is currently battling the novel coronavirus, COVID-19 pandemic. It is incredibly contagious and is racing through the global population. New York is the most populous city in the United States and is currently the US epicenter of the COVID-19 outbreak, with just under 15 000 deaths out of a total US death rate of 45 075 people. 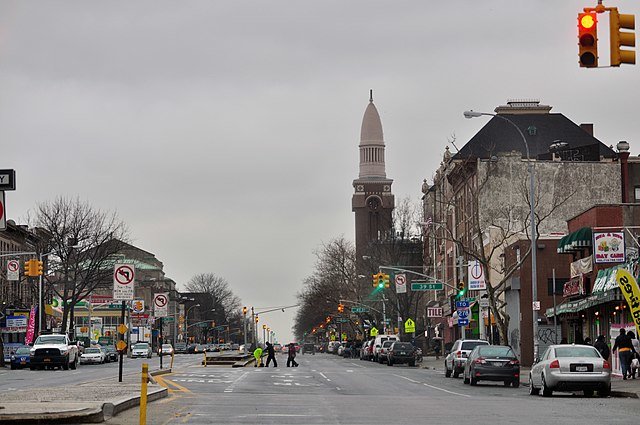 It is vital to note that these figures are always changing because of the rate at which the virus is spreading throughout the world. It spreads via person-to-person transmission. Not much is known about this virus’s behavior except that it seems to be controllable through social distancing. Thus, the World Health Organization has indicated that one of the only ways of controlling its spread is through staying away from other people. Consequently, New York City is among the many cities and countries that are under varying degrees of stay-at-home or lowdown orders.

The idea is to flatten the infection rate curve, to slow down the infection rate that is currently overwhelming many countries’ health systems. The good news is that statistical curve that shows the spread of the virus across New York is flattening. Thus, every indication is that the COVID-19 spread is slowing down and, all things being equal, will be over at some stage in the future.

Therefore, the question that begs is what sights are on offer for visitors who intend on visiting Brooklyn, NY once the pandemic has passed.

New York City is generally known as one of the world’s most alluring or must-visit cities. And Brooklyn is one of the five boroughs included in the city. The other four boroughs are The Bronx, Manhattan, Staten Island, and Queens.

As well as being the most populous city in the United States, New York is the most densely populated city in the US. And, Brooklyn is the borough within New York that has the highest number of residents. 2019 figures show that circa 2.5 million people are resident in the borough.

Brooklyn as a human settlement area is more than 350 years old. It was founded in the seventeenth century by Dutch settlers. It was taken over by the English in 1664 as a prelude to the Second Anglo-Dutch War. Fast forward to 2020 where Brooklyn is a multicultural borough will about ten different neighborhoods where different communities have settled including Chinese, Caribbean, Latino, Polish, Italian, and Irish Americans.

Consequently, there are several historical and cultural sites worth visiting. At this juncture, it is worth noting that it is worth a stay at Condor Hotel in Brooklyn. The hotel is in a central location with many amenities, some of which include free high-speed Internet, free luggage storage, the option of a long-stay reservation, kitchenettes in all rooms, garden access, free continental breakfast, and discounted secure parking.

Here is a list of some of the other locations worth visiting:

This bridge is a suspension bridge, spanning the East River. And, it was opened to the public in 1883. Circa 138 years later, it is still the main carriageway between Brooklyn and Manhattan. And, when crossing it, you will experience breathtaking views of the city’s skyline.

This is an 85-hectare park on the Brooklyn side of the East River. This park runs along the East River waterfront. And, it’s notable point of interest is that it forms part of the Brooklyn Waterfront Greenway, a series of bike paths and parks around Brooklyn. It includes two 19th century structures, namely the Tobacco Warehouse and the Empire Stores.

This promenade is a pedestrian walkway that is part of Brooklyn’s First Historic Preservation District. Wikipedia.com notes that it is an 1836-foot-long platform that is “cantilevered over the Brooklyn-Queens Expressway.” Its construction is four-stories high as a consequence of the area’s topography.

It offers spectacular views of the East River, the Brooklyn Bridge, and parts of Manhattan. It provides a place for people to sit quietly, chat, and enjoy the view. Additionally, it is popular with runners, cyclists, and rollerbladers.

This arch-shaped monument was constructed in 1892. And it is dedicated to the Union soldiers who fought and risked their lives, during the US Civil War. Its appearance mimics the French Arc de Triomphe monument situated in Paris. And, it is located at the Brooklyn Grand Army Plaza. This plaza is a public place that includes several notable Brooklyn monuments, including the Bailey Fountain, the John F. Kennedy Monument, as well as the statues of the two Civil War generals, Gouverneur K. Warren and Henry Warner Slocum.

Previous How to Make Home a Better Place to Work Remotely: 4 Things to Consider
Next How to Take Care of Combination Skin?