Life In The US; A Guide For Students From Other Countries

The US has a lot going on politically at the moment. Without making any direct commentary, we can safely say that it is a curious time to be a foreigner in the land of the brave and free. That said, the United States of America does offer some excellent opportunities in terms of education. What’s more, it is also an exceptional choice in terms of a stable job market which showcases ample opportunities for educated professionals. 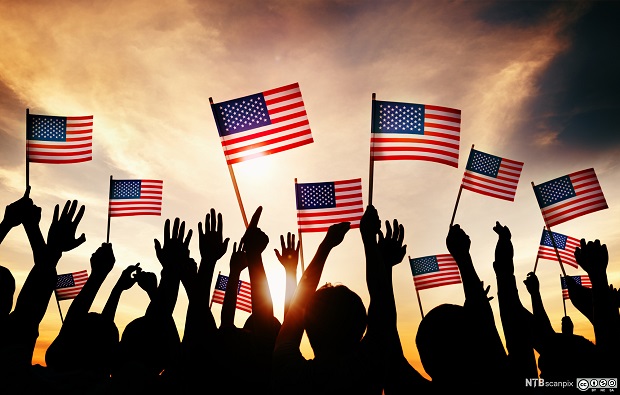 There are specific fields of study that will require attending an American institute of learning, so for many of us, it’s not really up for debate. There is some info you will need, and we aren’t just talking about finding health insurance in the USA, or sorting out your driver’s permit in a given US state. While the United States might be a stellar choice for ex-pats, there are several essential details you will need to conform to reside and work legally in the states.

You are also going to need your wits about you, and a bit of an understanding of the American cultural modus operandi if you will. Some things catch one off guard upon first arriving, and it’s best to know what to expect. Before making the big move, you should consider the following while also ensuring you have researched the specific region closely.

If you are from Russia, you may find the US a dinky little place, but for the rest of us, 9,826,675 square kilometres is nothing to scoff at. That is nearly three times the size of India, and if you have been to India, you will know it’s not precisely a quick drive from one end to the other. Therefore you should consider details such as how you will be traveling and carefully consider the amenities surrounding your exact, decided location. And if you are interested in staying in a big city like Denver, then you should know the average rent in Denver, Colorado for you to prepare your budget.

It Has Big Food

You don’t know large portions until you have ordered McDonald’s in the states. The same goes for basically all eating establishments. If you aren’t used to it, which pretty much no foreigner is, a meal in the US constitutes the weekly average food consumption in some poorer countries.

It’s Pretty Much Big On Big

America is often portrayed as somewhat over the top. That is how you can describe pretty much every aspect of American culture. It isn’t in and of itself a bad thing, but it takes getting used to. Sporting events are significant, while cultural events are immense. There is no room for subtlety or modest measures.

This is where we have to touch on a more serious topic. It is not to say that Americans don’t have their reasons, but on the whole, they tend to be somewhat suspicious of foreigners. This is, unfortunately, all the more true when it comes to different ethnicities. Be forewarned.

For people who were hell-bent on ignoring social distancing laws at every opportunity, Americans take jaywalking surprisingly seriously. We may still have an outstanding ticket for crossing the road without following a strict protocol. Be sure to brush up on essential laws to observe early on in your stay.

Everything Is Always Open, Sort Of

Depending on where you are, you stand to find just about anything you could think of on sale at all hours. There are 24-hour malls; you can buy socks at 4 am if the mood takes you. This is a convenience to be sure, but also rather unfortunate for employees working in retail. The fact that most establishments remain open continually is more of a perk for locals and visitors for logical reasons. However, you should evaluate crime statistics according to your decided destination in case you need to avoid late night shopping sprees.

Not How We Understand The Word’ Country’

Okay, so we all know that it is called the United States Of America. What you may not know is the emphasis on the term States. Despite sharing many aspects of government, particularly when it comes to international affairs, each state in the US practices its subset of laws and regulations.

Mostly these are just formalities. However, at the time of writing, the states of Alabama, Alaska and Arizona are among those who still do not constitutionally recognise gay marriage. This is one example of some of the more jarring variances that a visitor should be aware of.

There are also varying laws regarding legal marijuana consumption, alcohol sales and matters of land ownership of which one should be aware. It is in considering these factors, along with the cultural and political climate, that one might be persuaded to practice a degree of personal caution in how you go about your stay while studying in the USA.