The dramatic and rugged Cornish Coastline with its vast Sandy Beaches, Magnificent Blue Watered Coves and the Wonderful Heather Covered Moorland of Bodmin Moor make it a fantastic location to visit for Landscape and Seascape photography.

With that in mind I hope this article helps you explore the wonderful Cornish Coastline with your Camera. 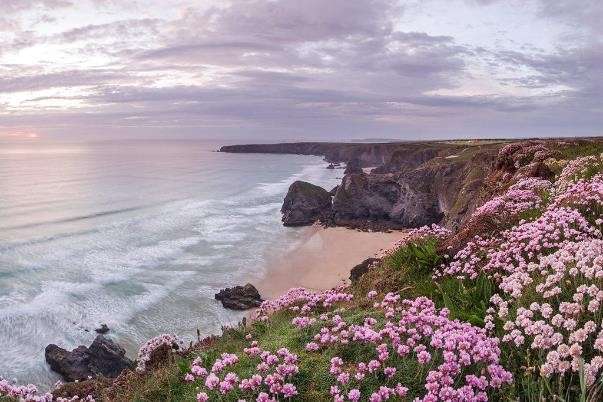 Cornwall’s Bedruthan Steps is a great place to capture a range of stunning seascape photography with a strong foreground interest in the scene due to the diverse coastline that runs beside the stacks.

The Bedruthan coastline contains many shooting opportunities from its array of various locations and vantage points that surround the area.

You can also photograph the scene from the other end of the headland to capture a different angle of the rocks (as seen in the above image) or if you want to shoot away from the sun when creating your image.

Be sure to to visit during the spring season to capture an array of Cornish Wildflowers growing along the coastline such as the above images which were captured during May which shows the wild Sea Thrift (Sea Pinks).

Being a coastal location, the compositions are going to be semi-limited, but you can use the sun position and foreground interest to control the scene.

Like many of the Cornish coastline, most of the interest is best shot during Sunset apart from certain times of the year.

You can pretty much guarantee a good sunset at this location but you will want to check before your sunrise visit. 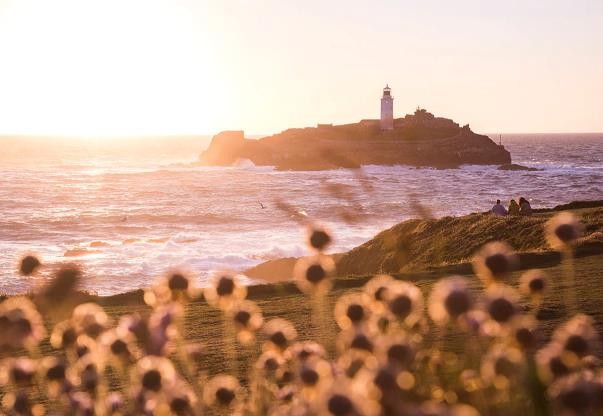 Cornwall’s Godrevy Lighthouse, really is a must visit when in Cornwall. There is a great range of photographic compositions you can choose from when photographing the picturesque lighthouse.

You can photograph Godrevy from many locations from the nearby coastal viewpoints to a range of locations along Gwithian Beach and Upton Towans Beach.

But we are going to concentrate on photographing it up at the various viewpoints close to the Lighthouse.

If you want to capture the sun behind Godrevy your going to want to visit between the 1st of May and the end of July.

The area is also great to visit in Spring to capture more wildflowers, Sea Thrift also known as Sea Pinks and Sea Breeze can both be captured at the location.

Although this is a coastal location, the landscape by Godrevy Lighthouse is quite diverse and an array of foreground interest can be utilised.

Like much of the Cornish coastline, most of the interest is best shot during Sunset and you can get some great shots of the sun setting behind the lighthouse in Spring, otherwise you might want to shoot later in the year to get some side light onto the lighthouse.

Another good location is further down towards the beach, you can utilise the dramatic rocks to create a different type of image of the lighthouse. 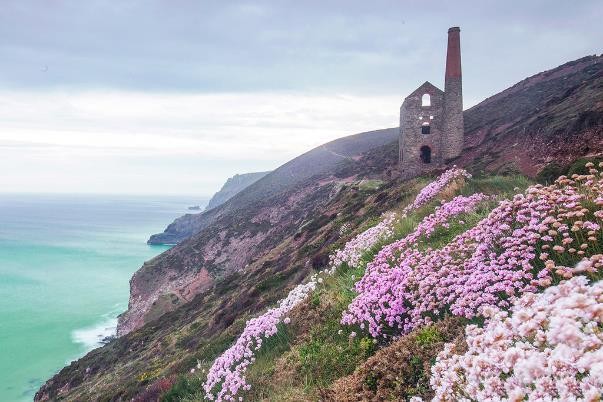 Towanroath mineshaft at Wheal Coates is one of my all time favourite places to visit in Cornwall, it lies on the stunning St Agnus Heritage Coast which is a designated AONB (Area of Outstanding Natural Beauty).

It really is a must visit when in Cornwall for the great scenery of the area and of course spectacular photographic opportunities across the rugged Cornish coastline looking out to the North Atlantic Ocean.

Photographing the Towanroath Mine stack offers many great photographic compositions, but your going to want to include the views out to sea and your going to have to get relativity close say within at least 100m of the Mine to get the best pictures.

Best time to Photograph Towanroath Mine

Both these times will allow you to have a good position of the sun whilst allowing a bit of side light on the mine.

Sunset I’m afraid doesn’t do well at Towanroath apart from during the Golden hour when you can get some great golden light on the side you are photographing, Sunset should generally work well in the Golden hour for anytime of the year.

The area and Wheal Coates in general is also great to visit in Spring and Summer so you can capture an array of wildflowers, you can capture Sea Thrift in early May, Sea Breeze in June and Heather a bit later in the year.

The landscape at Wheal Coates is very diverse with wild flowers such as Gorse, Heather, Sea Thrift and Sea Breeze. Sloping banks that catch the sunlight in different ways and an array of things to photograph.

Towanroath mine is good as it can be photographed well at Sunrise which is something that Cornwall doesn’t excel with.

Your going to want to photograph down along the coast and include the sea and sweeping landscapes, this means you going to be shooting predominantly South or North, as such try and plan your shot to make use of the sun as best as you can.

If you like strong colours in your sunrises shoot into the sun before rise, if however you prefer softer hue’s and a lit subject such as the mine shoot away from the sun. 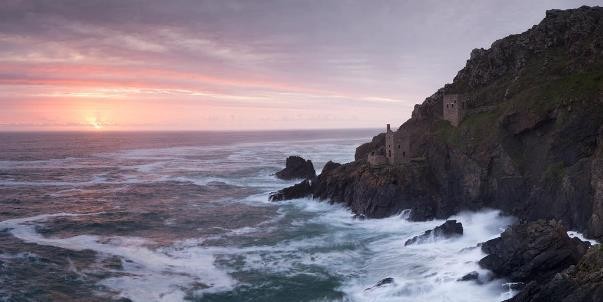 Botallack mineshaft which is part of the Crown Mines that lie not far from the rural village of St Just, is part of the Penwith Heritage Coast and truly is a beautiful spot to visit with a very dramatic coastline and is a great place to visit for dramatic pictures of the North Atlantic sea against the rugged Cornish coast.

The Crown mines add a great amount of interest among the rocks and allow you to capture some amazing imagery of Cornwall’s old industrial mining industry.

Be sure to visit during windy and stormy days to capture some dramatic sea’s as they crash into the land, Long exposure’s often work well here to capture some

movement and detail in the sea from the white froth that forms as the water swirls around the rocks.

Photographing the Crown Mine’s offers many great photographic compositions, although the top two in my opinion are opposite the mines on the stretched out headland and looking down upon them from a slight elevated view from the top.

The Crown mine engine houses don’t photograph well during sunrise, the land will cast them in darkness well beyond the golden hour so you will want to visit the location for sunset.

You basically have two options, to capture sun setting behind the mines you will want to visit around the summer, whilst visiting in the winter months will allow you to have the mines well lit.

The cliffs at Bottalack are quite dark and so suck in the light quite well so if you want to avoid the silhouetted look try and capture the scene with the sun rising to illuminate the mines.

There isn’t much scope for wildflowers I’m afraid at Botallack so instead go looking for dramatic sea and colours.

Botallack mines really do lend them self to photography and your going to want to use their dramatic location to your advantage.

Try and work with the sea conditions and weather to capture these during stormy sea’s which will help to create dramatic swirl effects in your long exposures as the water breaks across the many rocks in the area.

You will likely be photographing down along the coast and out to sea, so panoramic shots might be a little tricky with rough weather and sea’s so try and capture long exposures to smooth the sea out which should make the blend and stich better.

Visit during sunset to capture strong and vibrant colours across the sea, and remember to think about where the sun is going to be located to illuminate the mines. 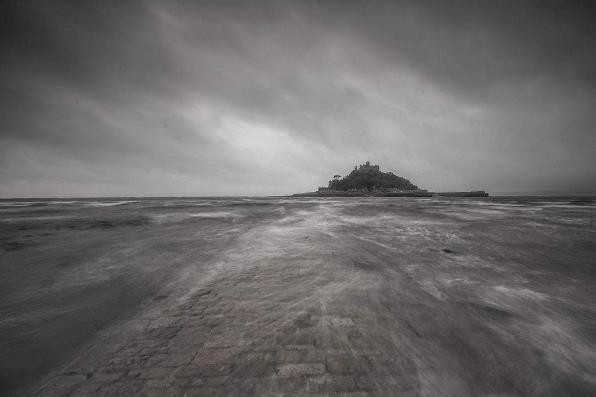 There’s something so frightfully enchanting about St Michael’s Mount, the castle that stands on top of the great rock that lies off the Cornish coast next to the historic village of Marazion.

The castle which started of its life as a Church and Priory began construction in 1135 when under possession of the Benedictine abbey of Mont St Michel in Normandy.

The castle is a great photographic opportunity for anyone in the area, you can photograph the castle from various location along the East Cornish Coastline from Penzance to Marazion.

The time of year can make a big difference to photographing St Michaels mount, the sunsets to the East of the Castle (as your looking at it from the shore) and rises to the West.

There isn’t too much foreground interest that is determined by time of year, you will be able to find wildflowers to use in the Spring and Summer months, but these won’t be at the traditional photographic spots.

The landscape that surrounds St Michaels mount is predominantly beach so your going to have the tide and water to play with, as well as interest in the water hitting the shore during long exposure.

During high tide you can also photograph down the causeway to capture some extra interest in the scene.

Previous How to ship your car to and from Arizona?
Next Easy ways to find your perfect car 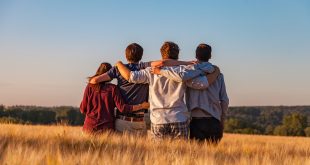 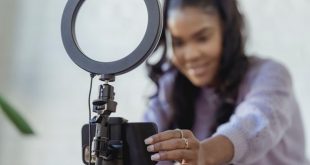 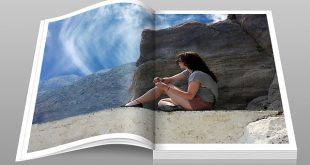 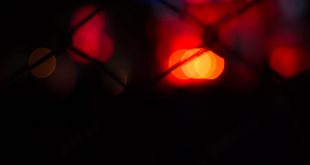 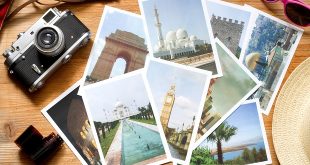 Leverage The Power of a quality photo-editing